“April 2010
The funeral was over. The reception was starting to fizzle out. Benjamin decided it was time to go.
“Dad?” he said. “I think I’m going to make a move.”
“Good,” said Colin. “I’ll come with you.”
They headed for the door and managed to escape without saying any goodbyes. The village street was deserted, silent in the late sunshine.
“We shouldn’t really just leave like this,” said Benjamin, glancing back towards the pub doubtfully.
“Why not? I’ve spoken to everyone I want to. Come on, take me to the car.”
Benjamin allowed his father to hold him by the arm in a faltering grip. He was steadier on his feet that way. With indescribable slowness, they began to shuffle along the street towards the pub car park.
“I don’t want to go home,” said Colin. “I can’t face it, without her. Take me to your place.”
“Sure,” said Benjamin, even as his heart plummeted. The vision he had been promising himself—solitude, meditation, a cold glass of cider at the old wrought-iron table, the murmur of the river as it rippled by on its timeless course—disappeared, spiralled away into the afternoon sky. Never mind. His duty today was to his father. “Would you like to stay the night?”
“Yes, I would,” said Colin, but he didn’t say thank you. He rarely did, these days.
*
The traffic was heavy, and the drive to Benjamin’s house took almost an hour and a half. They drove through the heart of Middle England, more or less following the course of the River Severn, through the towns of Bridgnorth, Alveley, Quatt, Much Wenlock and Cressage, a placid, unmemorable journey where the only punctuation marks were petrol stations, pubs and garden centres, while brown heritage signs dangled the more distant temptations of wildlife centres, National Trust houses and arboretums in front of the bored traveller. The entrance to each village was marked not only by the sign announcing its name, but by a flashing reminder of the speed at which Benjamin was driving, and a warning notice telling him to slow down.
“They’re a nightmare, aren’t they, these speed traps?” Colin said. “The buggers are out to get money from you every step of the way.”
“Prevents accidents, I suppose,” said Benjamin.
His father grunted sceptically.” 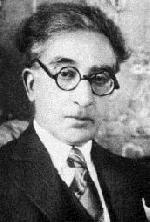